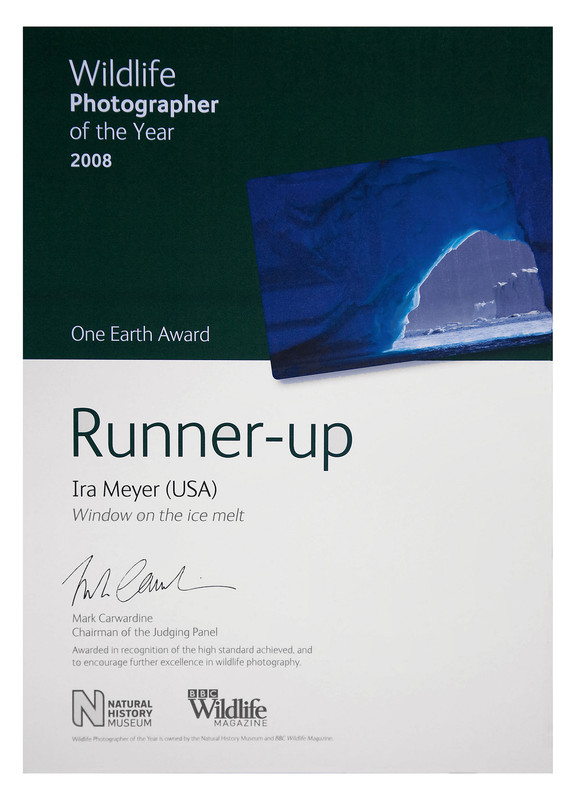 In August 2007, I was aboard the Akademik Sergey Vavilov, in Scoresbysund, Greenland, as the photographer-in-residence. Rather than going ashore to hike one morning, I opted to go out in the kayak safety Zodiac to get some photos of the paddlers. The driver and I saw this magnificent rim-lit iceberg arch a half mile or so in the distance, and we ached to get close to photograph it. Distancing ourselves that much from the kayakers would have been irresponsible, though. Then we got a call on the radio from the kayak guide asking if we could approach the berg so they could have a better sense of its size. So the two of us made our way over in very choppy seas, with Cheshire cat grins on our faces.