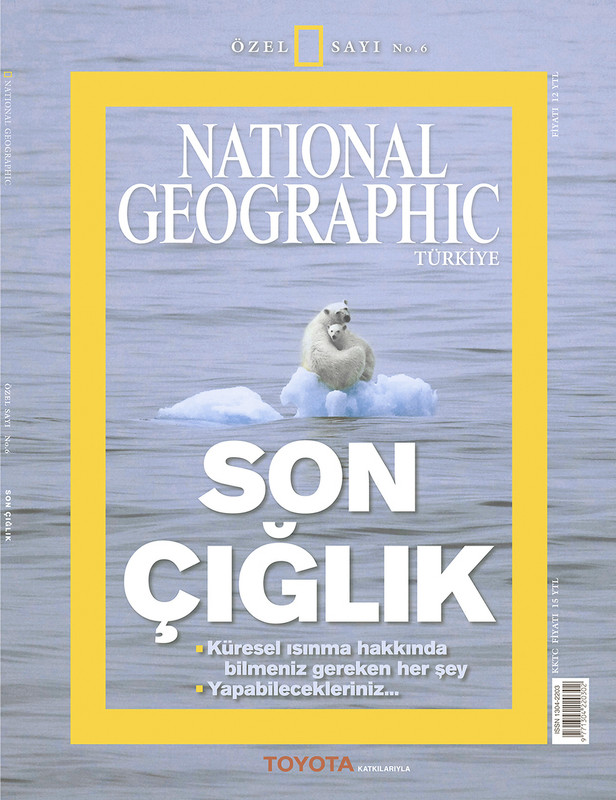 I was photographer-in-residence onboard while the Akademik Sergey Vavilov circumnavigated Spitsbergen, the main island in the Svalbard archipelago, in August 2007. Taking in the scenery on the fifth deck stern viewing area, I heard on my radio that polar bears had been spotted on a small iceberg. Never having encountered them in the wild before, I made a beeline forward on the port side. I was the first person there as the captain slowed the ship and deftly approached within about 150 yards. The last thing in the world we wanted to do was spook them into the water.  So we spent 5-10 minutes observing them, then left. This was the third of 77 photos I took... and the only one in which they both were looking at the camera.

"This picture is one of the most powerful pictures I have ever seen in my life! It is symbolic of our mismanagement. Polar bears more than likely will disappear and the only place where we will see them again will be in zoos.

Let's do everything in our power to make sure other species don't end up on the list of extinct species.”